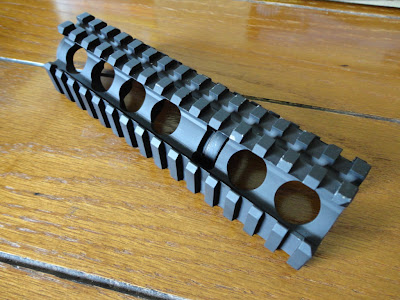 I came across this railed aluminum upper handguard from a personal sale on my state gun boards.  The previous owner said he picked it up at a gun show, which honestly I don't get to that often. It looks vaguely familiar but I can't place it and my Google-Fu is weak on this one.  Maybe I last saw it at a gun show, but even then there is normally some one selling it on the internet.  Anybody know who makes/sells it?

Besides for sheer curiosity, the thing that drew me to it is that it allows you to place a light offset just forward of the lower handguard, the ideal place for a light in my book. Normally this would take something like a Midwest Industries Extended rail system with offset mount, the Thorntail mount, or jury rig a bolt-on mount onto the gas block like USAFMiller did in this video (note: I do not like the mount he used since it goes past the gas block, it but there are a few others that might work if they aren't too cheap). I haven't seen something like this since the Critical Dimensions/Damage Industries railed gas tube and lower handguard.

Overall, it reminds me vaguely of Knight's Armament with the hole shape and the cutouts at the ends of the rails for their style of covers.  It weighs in at 6 ounces and seems to be of good quality, although I don't have tons of railed handguard experience.  It twists on just like a normal upper handguard and has a retainer spring.  Without it bolting onto a lower handguard or around the barrel, I wouldn't mount an optic on it and that much rail space is a lot of overkill for just one light.  I don't know if in the time being I'll keep it or go back to playing with crappy bolt-on mounts on the gas block. But hopefully RS Regulate will eventually save me from my on ridiculousness with their light mount. 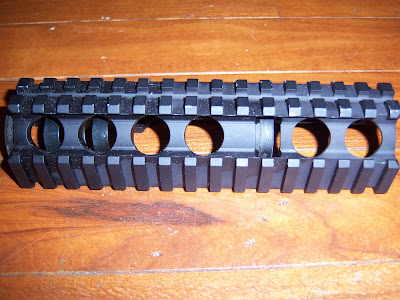 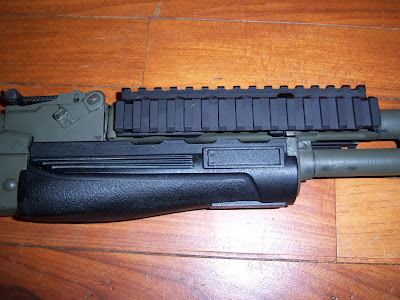 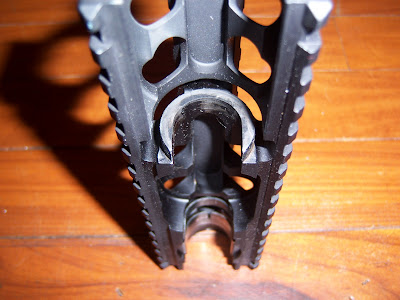 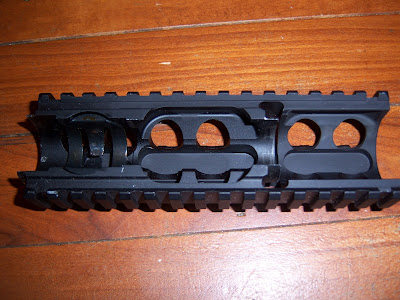