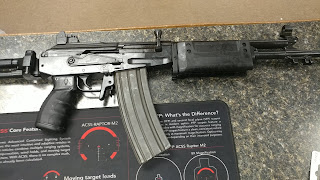 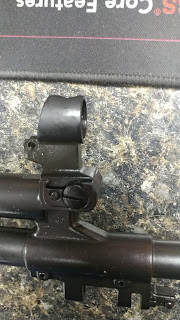 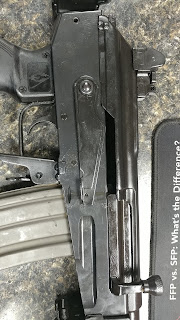 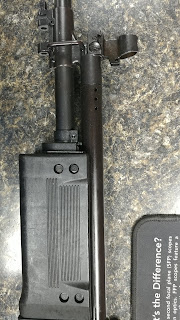 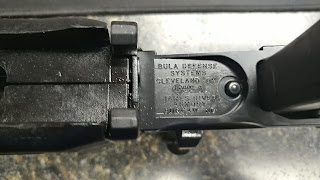 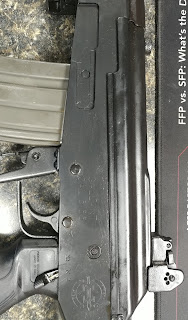 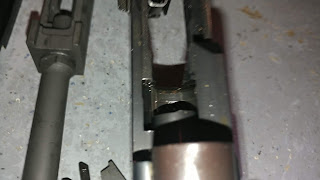 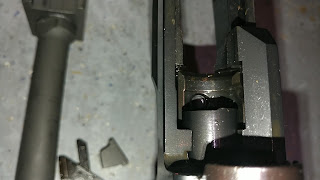 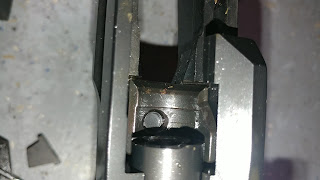 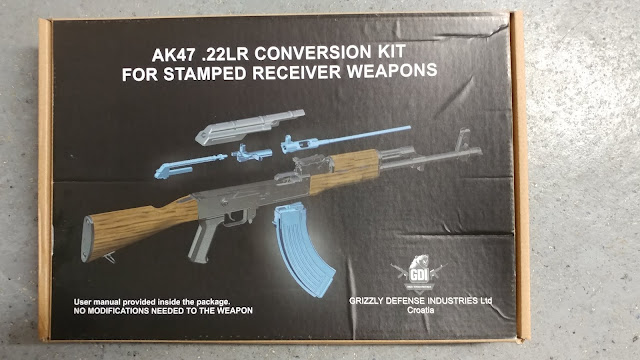 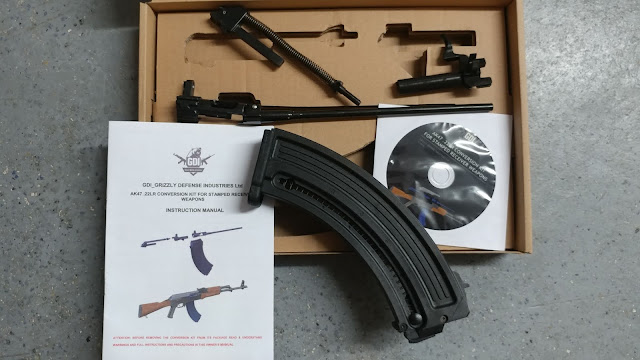 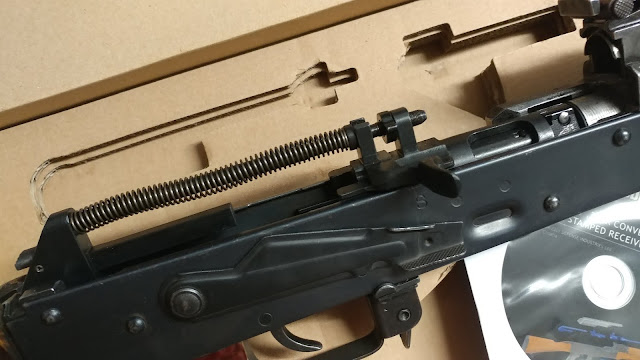 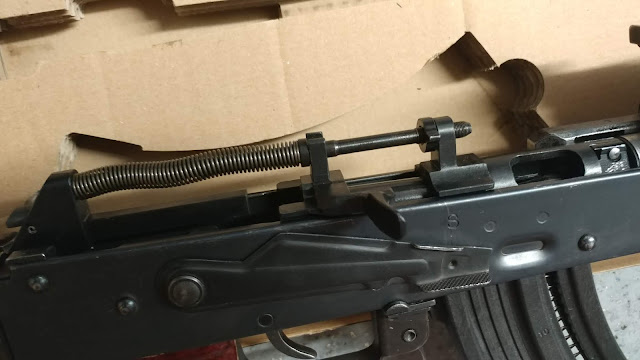 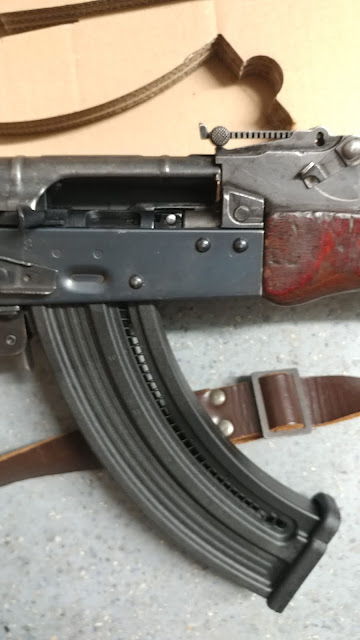 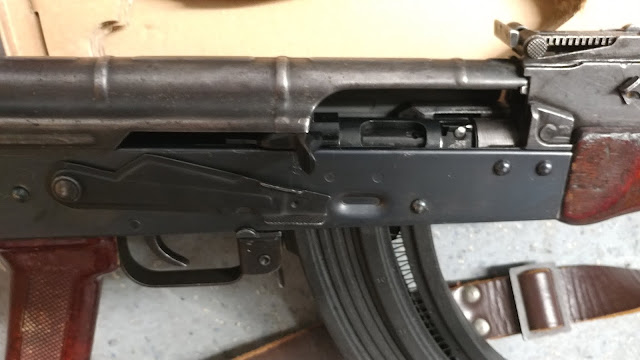 In the aftermath of US Palm going under, XTech Tactical has been working with the molders for US Palm's plastic parts.  The molders were told that they couldn't sell their thousands of excess US Palm magazines by what now appears to be Century Arms, so XTech Tactical and the molding company redesigned the magazines with improvements: a removable floorplate, improved texture, and metal reinforced feed lips (and had to destroy the old magazines in impressive fashion).  Today word came from social media accounts and Soldier Systems that Century Arms since they now own the rights to the US Palm brand is attempting a Glock style trade dress suit against XTech.  This isn't due to any patents or other intellectual property, just that the product has the same "distinctive" look to what is now their brand.

XTech Tactical is also about to release their US Palm style grips with storage doors (which the originals are often bringing $100+ prices).  Honestly, I was waiting for these grips to come out before I placed my order of Mag47 magazines since I have a decent number of original US Palm AK30s.  When word came of the suit, I ordered some magazines from XTech.  While I am somewhat worried about another small company having the same issues of US Palm, I still feel we need to support AK companies that support us with great products.  Century Arms certainly is the 800 pound gorilla in the room and can make the US Palm brand last if they really want to, but they have always had issues with customer service and overall quality, which was my first worry when I heard they officially had restarted the brand.   They are apparently still months from coming to market with their US Palm products.

Right now, XTech is actually on the market with their products and is very much customer focused.  I put a note of support and my Instagram account name (MattCFII) since they have been very active answering my questions in comments there.  Within minutes, I had a DM saying thanks for the order. The magazines themselves have been getting excellent reviews, like from RobSki at AKOU.  I can't wait to get mine!
Posted by AK Matt at 9:53 PM No comments: 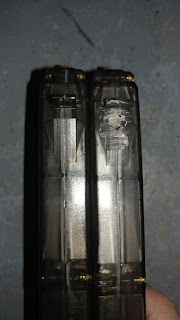 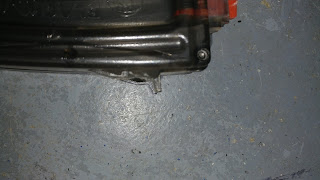 Since I also have my posts of the AKT-98 and M10-22 parts comparison, I'm making a post with the Chiappa RAK-22.  Overall, glad to see another AKT-98/WASR22/RPK22/M10-22 platform rifle.  It has nice wood.  On the downside, the gas block and the rear sight block are roughly cast metal, but this should be perfectly fine on a .22LR.  It is still better than a Mossberg Blaze 47, GSG AK-47, or Armscor AK-22 in my opinion.  Biggest downside right now is that Black Dog Machine magazines will not fully seat with the rear mag latch not going forward but this doesn't seem to be just due to the rear mag lug.  Exploratory Dremel surgery is happening on the mags! This post is mostly so I can post a link at forums for the pictures, but if please post even a simple comment if you are an old reader and would still read things here. 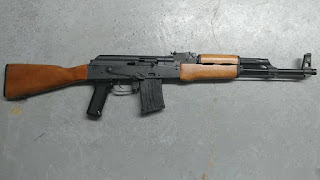 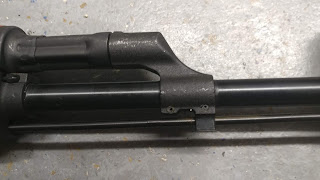 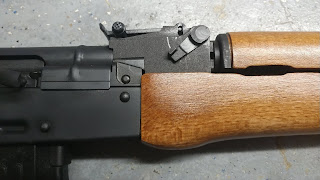 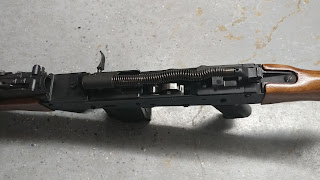 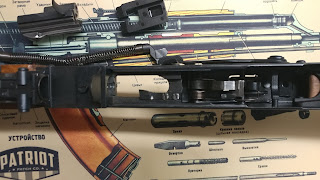 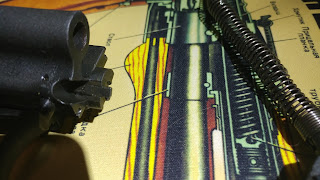 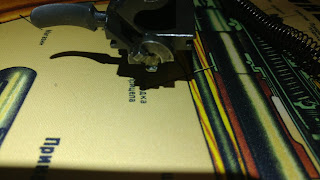 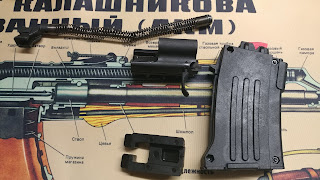 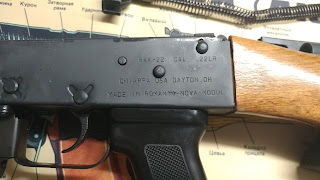 US Palm closing up shop

They had suspended operations in April with hope to restart but it is now officially over.

Thanks for everything guys!
Posted by AK Matt at 8:58 PM 2 comments:

8M3 available at SGammo, what I've been up to

Just want to post this up since my ammo guide is one of my most popular posts, 8M3 7.62x39 is available: http://www.sgammo.com/product/tula/1000-round-case-762x39-8m3-124-grain-hollow-point-ammo-made-ulyanovsk-cartridge-works-u

They claim it is a special deal with Tula to bring back this "retro" load. My understanding of the rumors is that 8M3 has never stopped being produced in Russia but import of it has been questionable since Wolf ended their relationship with Ulyanovsk.  No matter if it is really "retro" or not SGammo can definitely be thanked for bringing it back in!  They claim to have an exclusive deal with Tula/Uly through 2017.

As for me, I'm coming back to the AK as my primary platform after 3 years of learning the AR.  I do believe if you are an American you should be able to to run an AR and happy for the experience and to have a few of them in the safe, but l am also happy to be back to the AK as my primary.   I have added another child, a son, since my last post, plus have worked a second jobs selling guns and other things so I have been busy. We'll see what the future brings for me and this blog but hopefully some more intermittent posting.  I'm happy to see where the AK community is at these days with all the options out there and guys like Tim at MAC and Robski at AKOU.  But it also seems like the quality of rifles has gone down as US production has became more of the market, which honestly doesn't surprise much.  Since I'm currently looking at the options for a plain Jane beater AK, and that part market seems dicer than ever.  We could complain about the details for the WASR-10 and others, but at least they would run.  Hopefully Cugir will start back up their US production line.
Posted by AK Matt at 8:23 AM 3 comments: